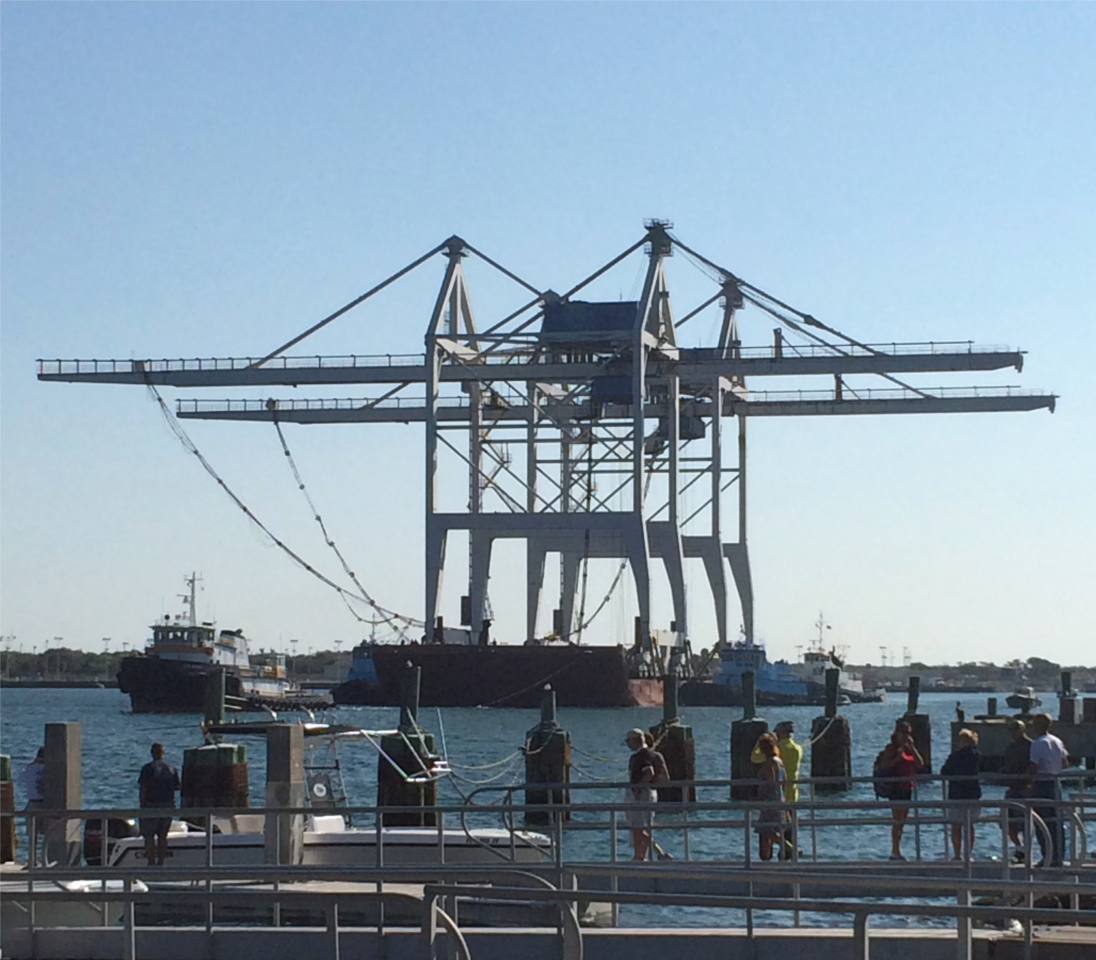 “It’s very much about jobs. We know we can create 5,000 jobs, a combination of on the port and distribution centers here in the Space Coast region, especially in north Brevard County,” said Canaveral Port Authority CEO John Walsh.

At 273 feet tall, the cranes can lift the equivalent of 12 elephants at once. A skilled crane operator would be able to unload 30-40 containers in an hour. A $37 million dollar cargo pier is expected to be completed in April, 2014.

Port Canaveral is well on its way to becoming the world’s busiest seaport, ahead of Miami and Port Everglades.

Many major cruise lines, including Norwegian and Royal Caribbean, have reached deals to expand their operations at Port Canaveral. The port is expanding so quickly that it’s running out of room.

“We’re almost effectively out of berth space,” Walsh told port commissioners. When existing and forecasted cruise ship bookings are taken into account, “We have to start looking at discussions of terminal plans” for a new terminal that would open in 2017 or 2018. It’s estimated that the port’s cruise traffic will grow 50% by that time, more than enough to support the additional terminal.

Port Canaveral is growing fast, and that means a busier tourism industry, a boost for local businesses, and more jobs – especially for North Brevard.

7 Tips for New Boaters from the Crew at Harbortown Marina – Canaveral
March 15, 2021

How to Get Your Fishing License in Florida
February 15, 2021